Slaycorp is a media production company based in Cardiff, Wales. The company has recently produced successful radio programmes in both English and Welsh for BBC Radio Wales and BBC Radio Cymru. Slaycorp has a strong track record in television production over a 25 year period; particularly within documentaries, comedy, music and sports – both in front of, and behind the camera.

Slaycorp is currently developing new media projects including an exciting new app in conjuction with national media and governmental partners. We are also in the early developmental stages of our first film production working alongside an internationally acclaimed author and one of Wales most exciting young film directors.

We are always developing new production ideas and we welcome discussions with prospective future partners, so please feel free to contact us. 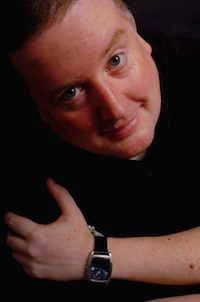 Gary Slaymaker has been a television & radio presenter since 1988, and has worked for BBC One Wales, BBC Radio Wales,BBC Radio Cymru, BBC Radio 5 Live, S4C, and Channel 5 amongst others.

He has also performed as a stand-up comedian since 1992, working in both Welsh and English.

Gary is also Wales’ foremost film reviewer – He is BBC Radio Wales’ resident film critic on Thursday afternoons. He’s been doing this for so long he’s gone from being known as “the Welsh Barry Norman”, to “the Welsh Jonathan Ross”. And he’s looking forward to punching the first person who calls him “the Welsh Claudia Winkleman”.

Gary presented his own show, cleverly called ‘Slaymaker’ for over 6 years and 12 series on S4C, Wales’ fourth channel where he would channel his inner geek on the subjects of film, video games, music and interviewing celebrities such as Rhys Ifans, Vinnie Jones, and rugby deity, Gareth Edwards. More recently he was presentled and head scriptwriter on the satirical radio news quiz ‘Bwletîn’ on Radio Cymru for 5 years.

As well as specialising in film and comedy, he has also been involved in sports productions involving football, rugby union, rugby league, and boxing.

A published author, Gary is also an in-demand after dinner speaker, who can tailor his stories of meetings with the rich and famous, to cater to any type of audience.

Gary is long time Cardiff City supporter, and an authority on American comic books and Welsh swear words. He enjoys a good pub quiz, although he admits he’s far too competitive. He also won S4C/BBC’s ‘celebrity’ Mastermind in 2006.

He has been lucky enough to meet his two greatest heroes in the world of sport and cinema – Pele and Clint Eastwood. Less impressive is when he said “Alright, luv?” to Charlize Theron at the 2000 Oscars, after failing to recognise the stunning actress. (She did forgive him, though)

Read Made in Cardiff’s interview with Gary

David (Dai) Lloyd is experienced in many forms of media. From producing documentaries for BBC Radio Wales and BBC Radio Cymru for Slaycorp, to technical expert on shows such as Embarrassing Bodies (Channel 4), Who wants to be a Millionaire / Ant and Dec’s Saturday Night Takeaway (ITV) and Sunday Brunch (Channel 4), David can turn his hand to most things. 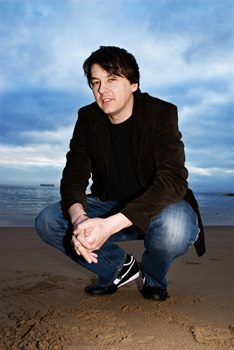 Music is his mainstay, however and he has been a DJ for over 20 years at venues ranging from resident DJ at Clwb Ifor Bach in Cardiff to British Columbia, Canada. He’s released well over 30 CDs with various record labels and currently runs www.rheidolrecords.co.uk as a record label and music publishing company.

Previously entertainments manager at Clwb Ifor Bach, David was latterly Deputy Business Manager at the venue, collaborating with senior management to strategically plan direction of a business with a £1 million turnover. He was a music-industry advisor for Welsh Music Foundation and latterly a member of the Board.